I’m conscious that on a day like today, Monday, time is more precious than at other times of the week.  I am very much, in the same boat.  I made tonight’s soup as easy as possible, but did not want to compromise on deliciousness!  The roasting part here adds unmistakeable sweetness and the bharat brings a spicy edge to the soup.

You may ask the obvious question, “but Lee, you are in a hurry and yet you take pictures of your food and write a blog piece?!”  It does seem like a strange way to behave, I admit this, but such is the ways of the food blogger.  We are those people in the restaurants who unabashedly whip out their camera when presented with a particularly nice slice of cake while the rest of the table pretend they aren’t with you.  Its a passion/ affliction.  Once you blog, you can’t stop……

We are in the middle of some very stormy and chilly days up here in the Beach House and soups seems like a very good idea.  I love the bright colour of this soup, with added radiance from the turmeric.  Its sunshine in a bowl and is a real lift when the sun is hiding behind the clouds. 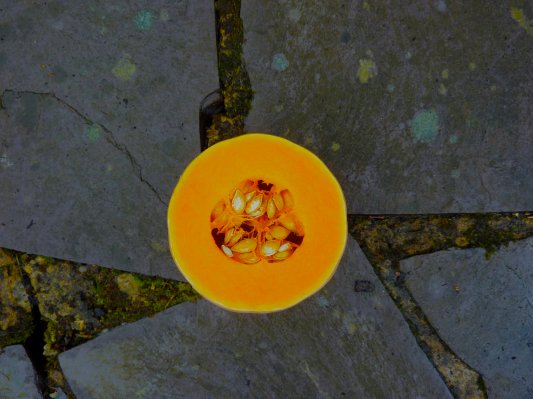 We’ve been celebrating a little after the release of ‘Peace & Parsnips’.  Jane and I took a trip down to Criccieth, a local beach and went down to Black Rock Sands for a proper bag of chips.  There is an amazing chippy in Porthmadog that we frequent on rare occasions.  Chips = celebration!  We sat on the flat sands, a rare place where you can actually drive cars around on a beach without the imminent danger of sinking like a stone.  Black Rock Sands reminds me of beaches in Australia, or what I imagine the tip of South Africa to look like. You can look out over maybe a kilometre of flat sand before you see the sea.  A truly beautiful place to scoff chips!

Is basically a spice mix from the Middle East, as well as Turkey and Iran.  Although the ingredients may vary, some usual suspects are: black pepper, cardamom seeds, cassia cark, nutmeg, chillies, cumin seeds, coriander seeds.  The baharat we use is very much a Middle Eastern style, in Turkey they add a lot of mint and in Tunisia they make a mix with rose petals, cinnamon and black pepper.  There are an almost infinite number of combinations of spice mixes, but most of the baharat sold in large shops in the UK is similar.   More a warming spice mix than a turmeric or chilli driven one.

If you don’t have any Baharat around the kitchen, use the same amount of Rae El Hanout or Garam Masala.  They will add a similar spice kick to the background of the sweet peppers and squash.

This soup is as easy as roasting a tray of very roughly chopped vegetables and blending.

The Bits – For 4 small bowls

Olive oil (for roasting and frying)

In a large sauce pan, add 1 tbs olive oil and fry the onion on a medium heat for 6 minutes, until translucent and soft.  While the onions are on, peel the skin off your peppers, garlic and squash.  Chop them all roughly.  Add the spices to your soft onions and stir for a minute, then add the squash etc.  Pour over 1 ltr of hot water and check seasoning (add salt as needed).  Leave it to simmer for 5 minutes before blending the soup with a stick blender or using a food processor (leave the soup to cool a little beforehand for this).

A nice idea, for added richness is to stir some tahini into the soup.  Tahini is also packed with goodness, so nutritionally the soup becomes a real shiner.  If you are going all out tonight (it is a Monday after all!!!) chop up some coriander leaves and finish with little sprinkle of baharat.

Butternut squash is one of the healthiest veggies you can eat.  It is much lower in calories than potato and leaves you feeling nice and full after eating it.  Calories are of course only one part of the dietary picture, counting calories is definitely not our thing (big bags of chips and all!)  You can tell by the colour that its loaded with some good carotenes, which are ace anti-oxidants.  Squash is also good for vitamin C and is high in dietary fibre.

2 thoughts on “Roast Squash and Pepper Soup with Baharat” 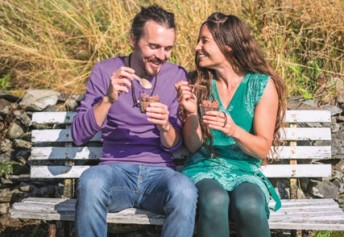 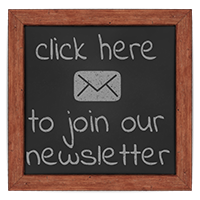 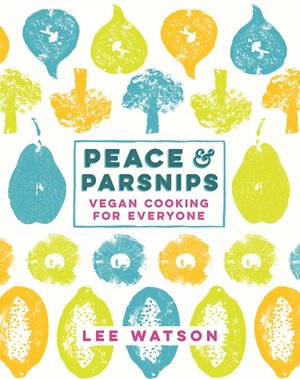 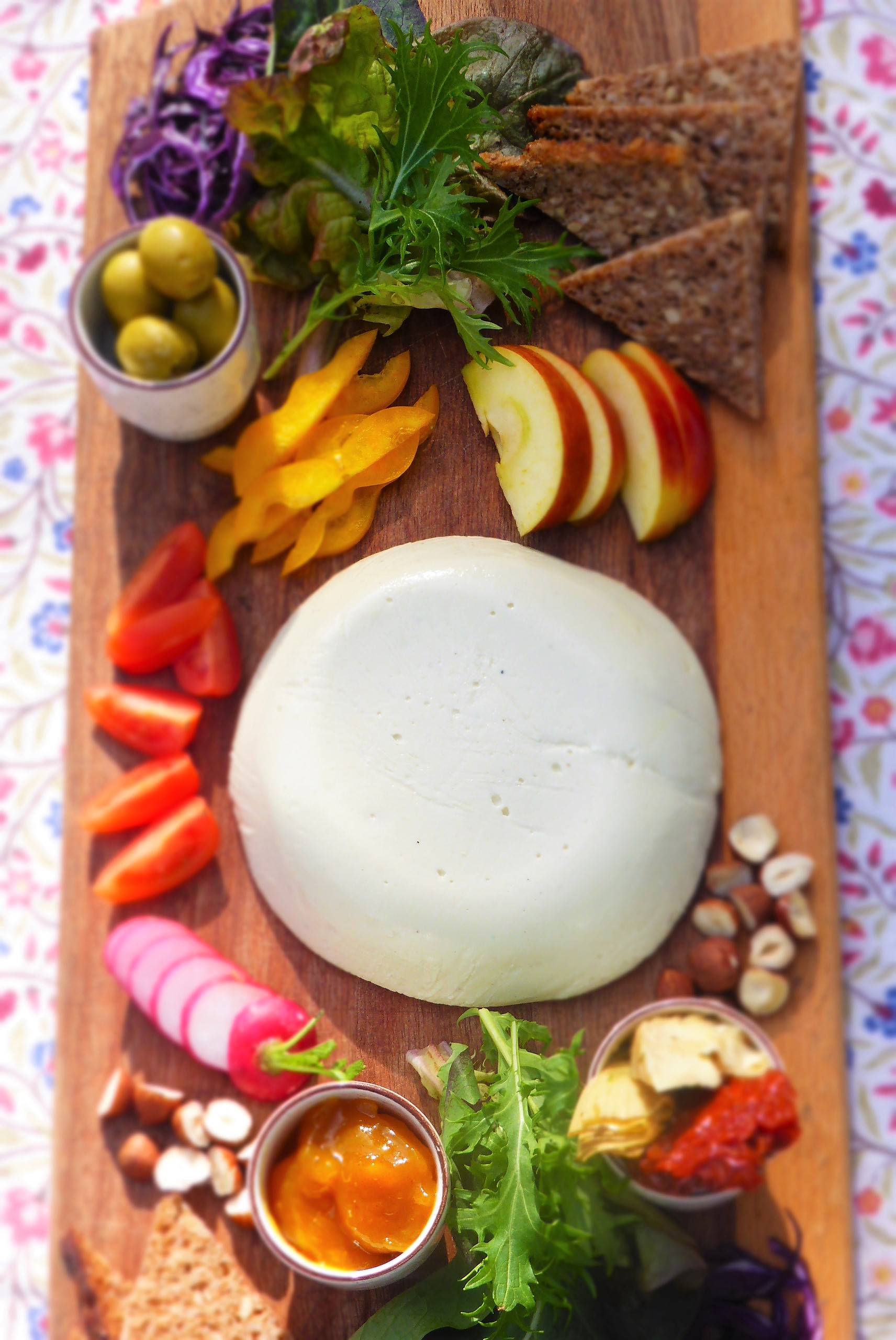 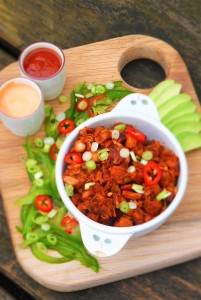 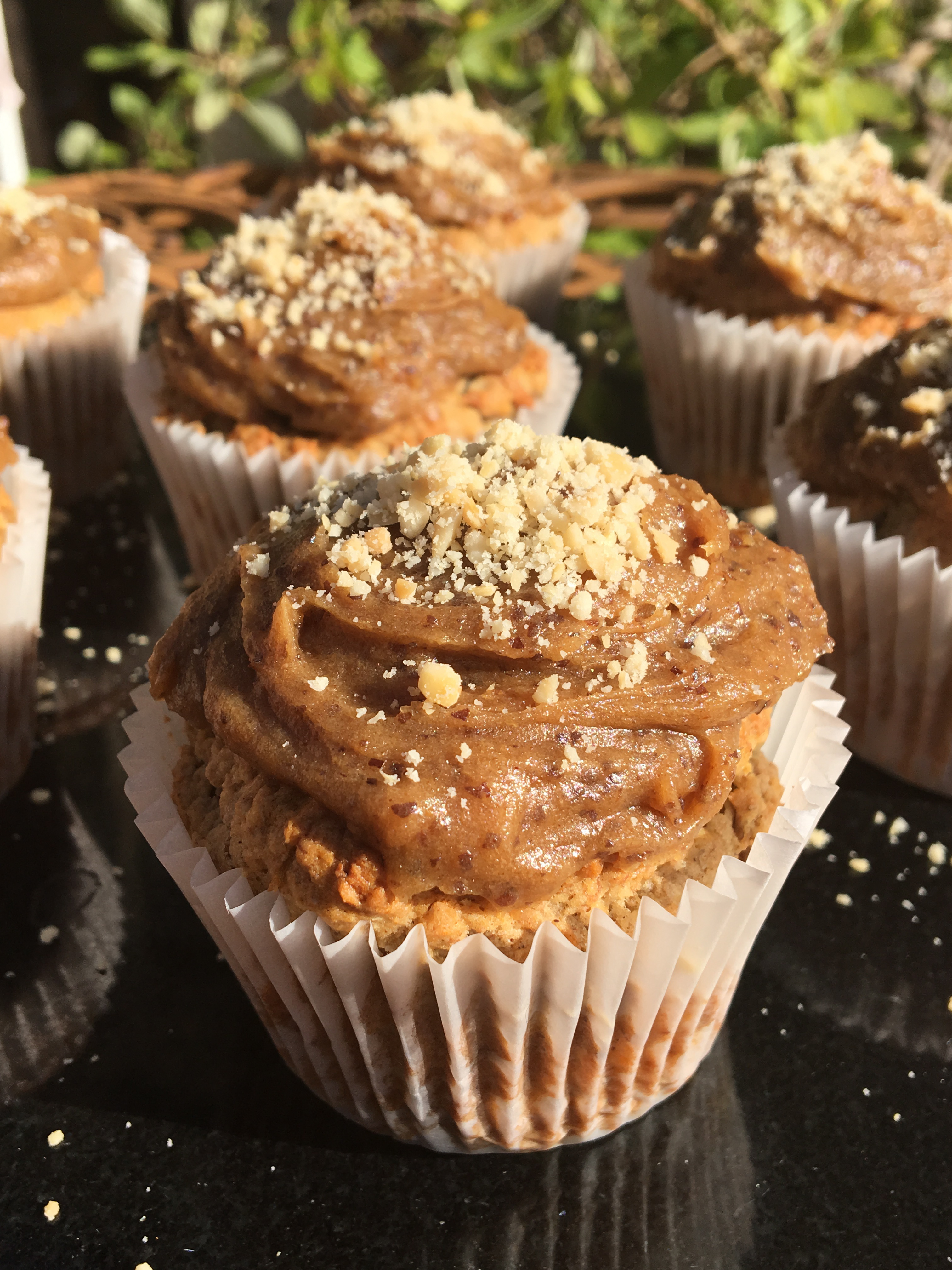 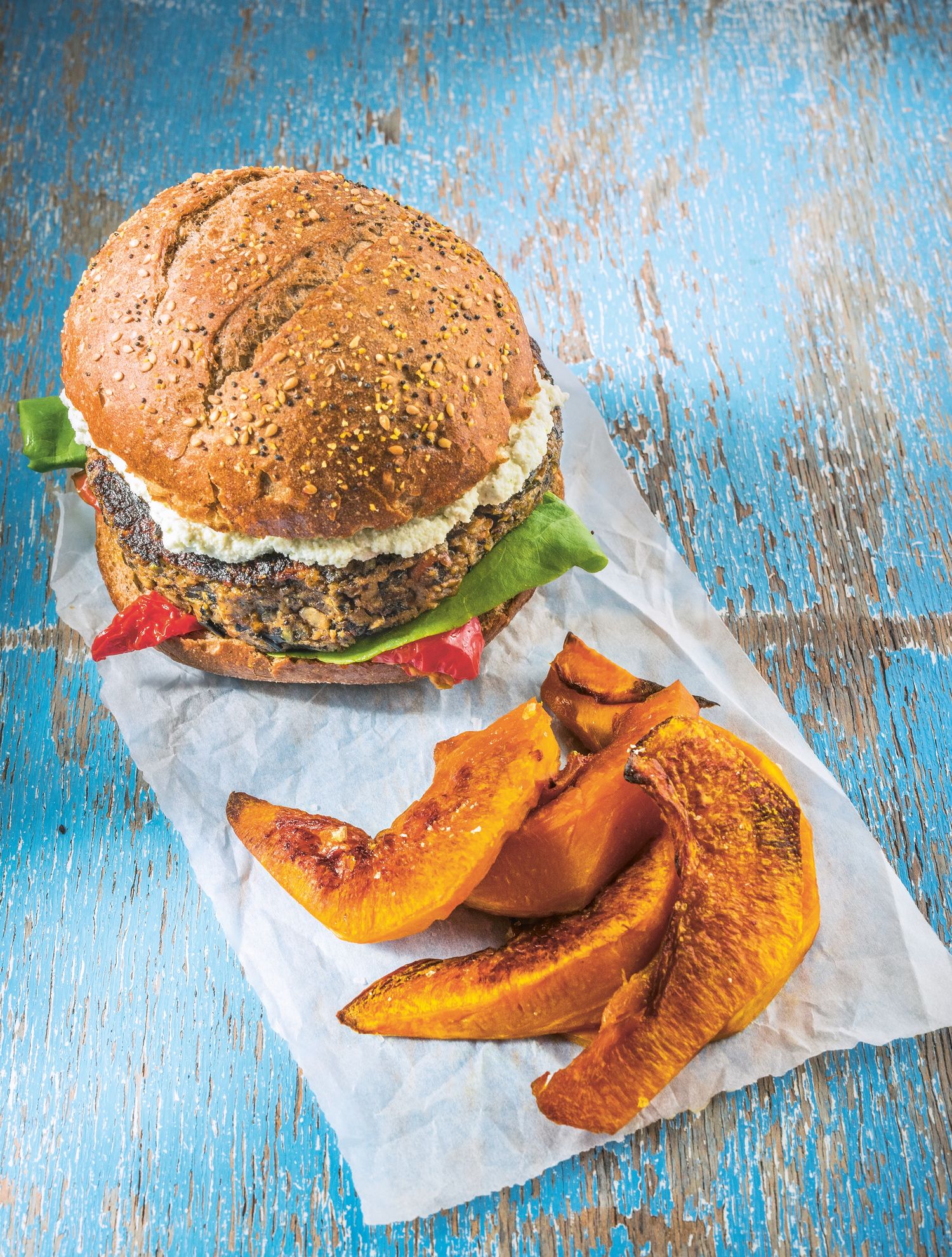 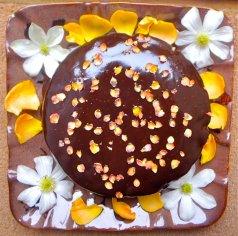 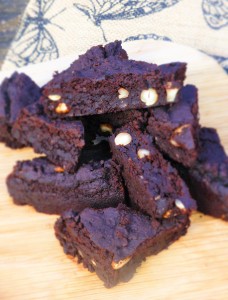 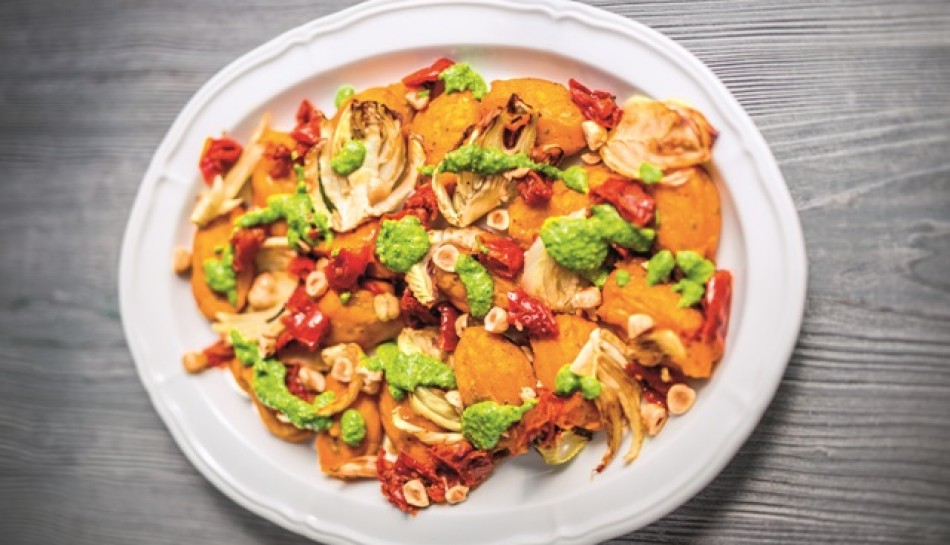 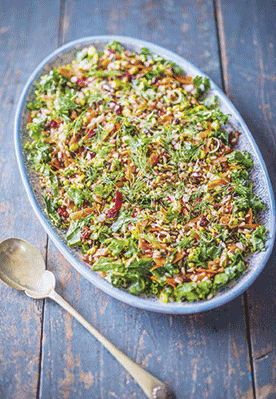 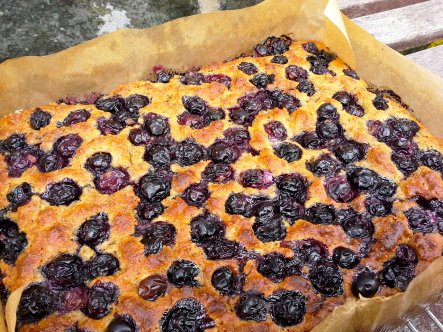 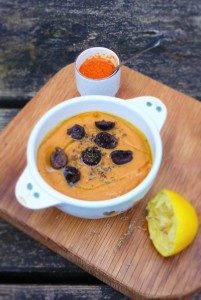 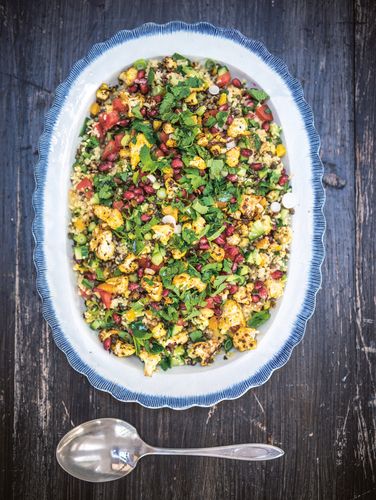 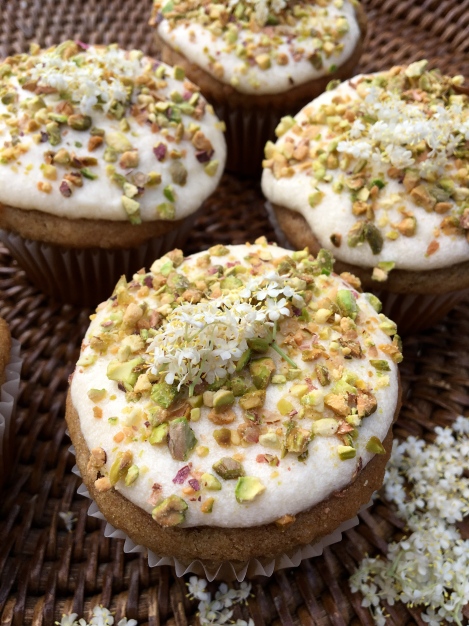 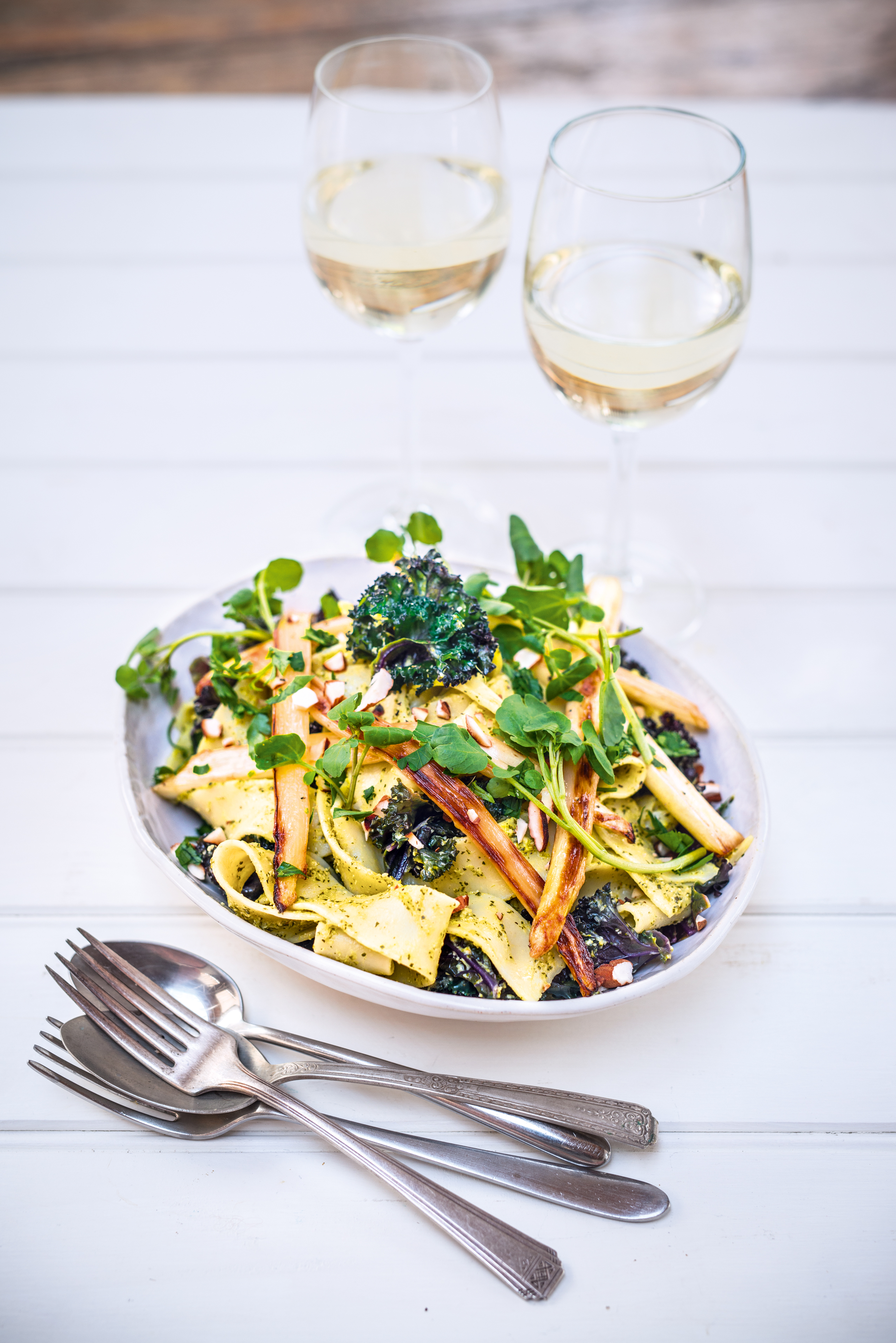 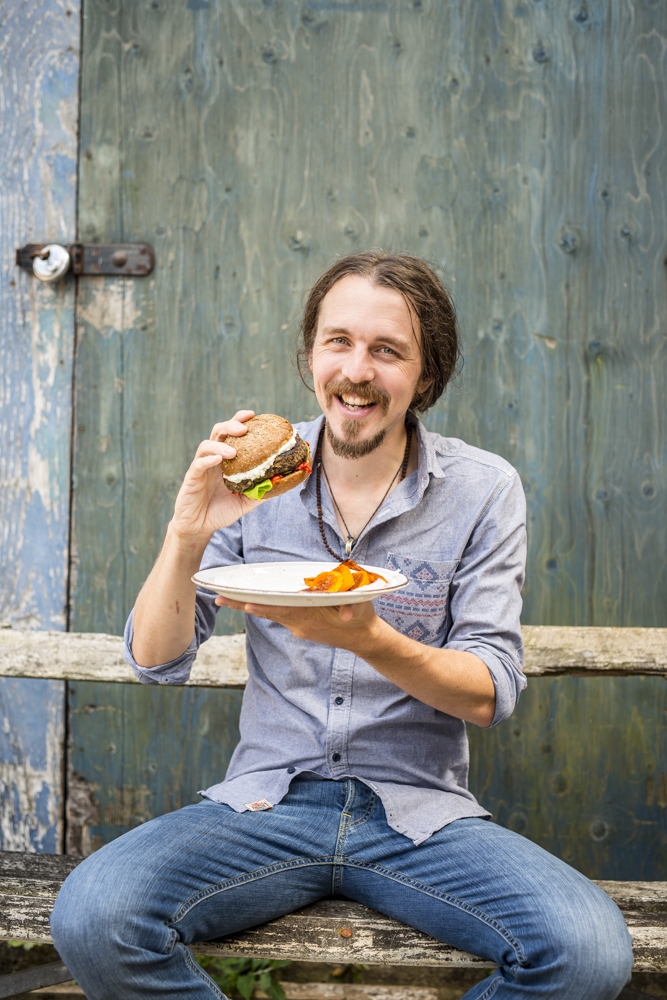 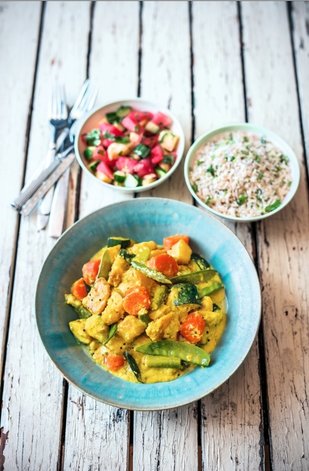 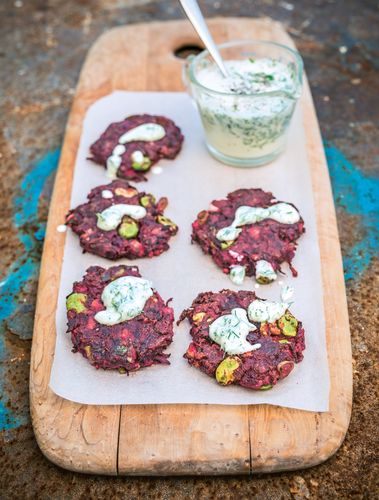 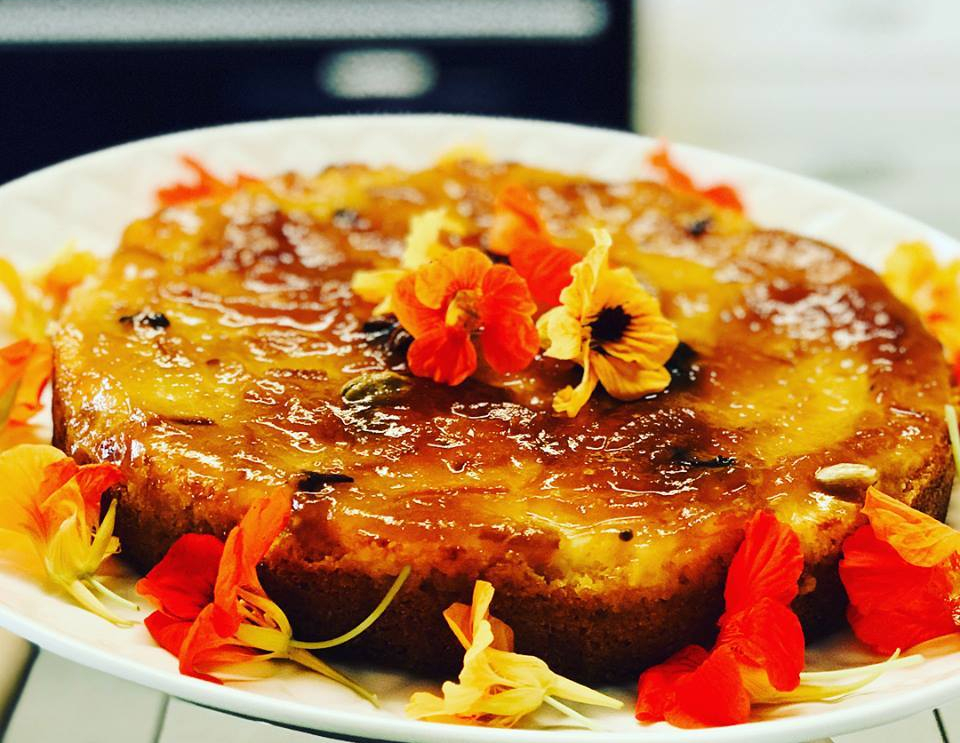 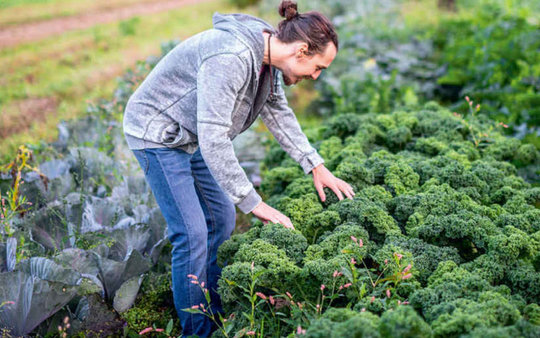 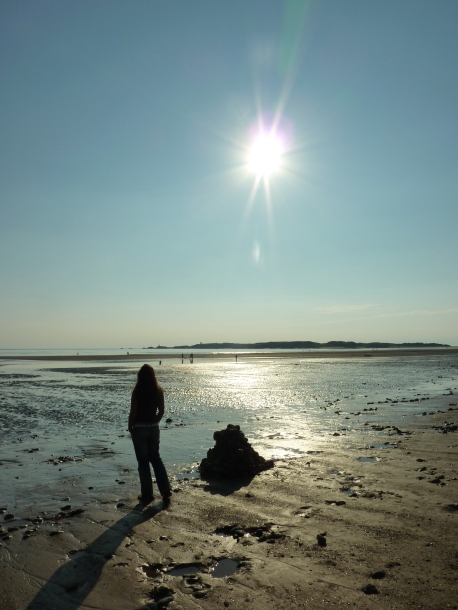 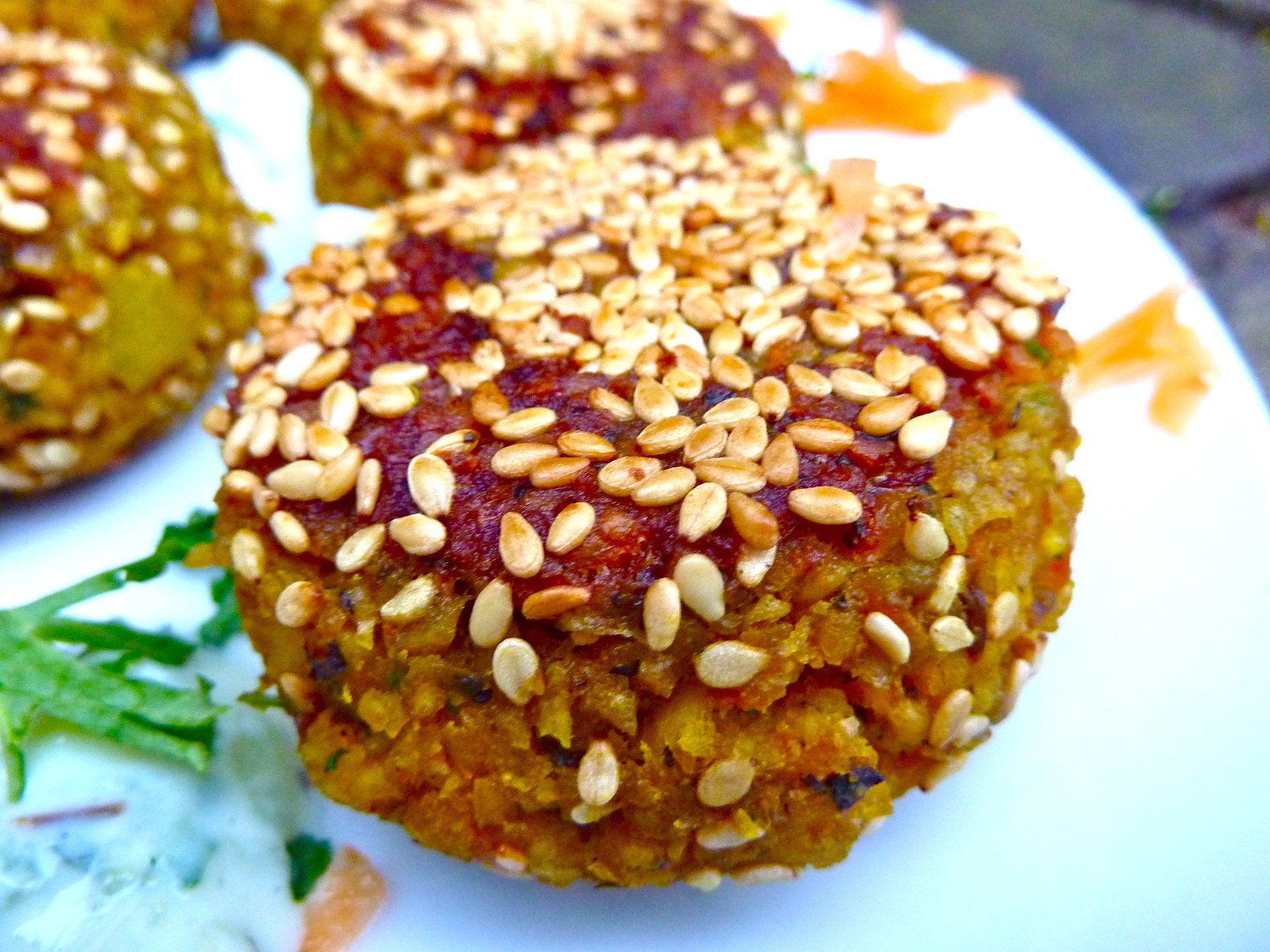 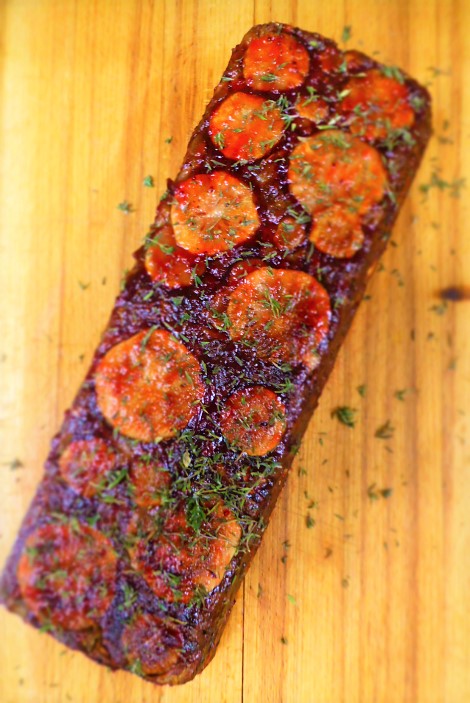 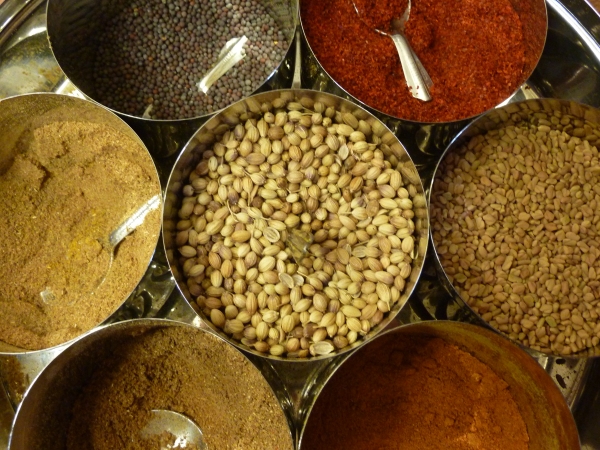 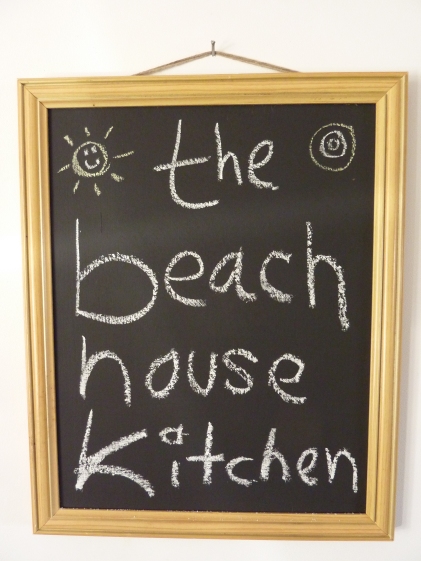 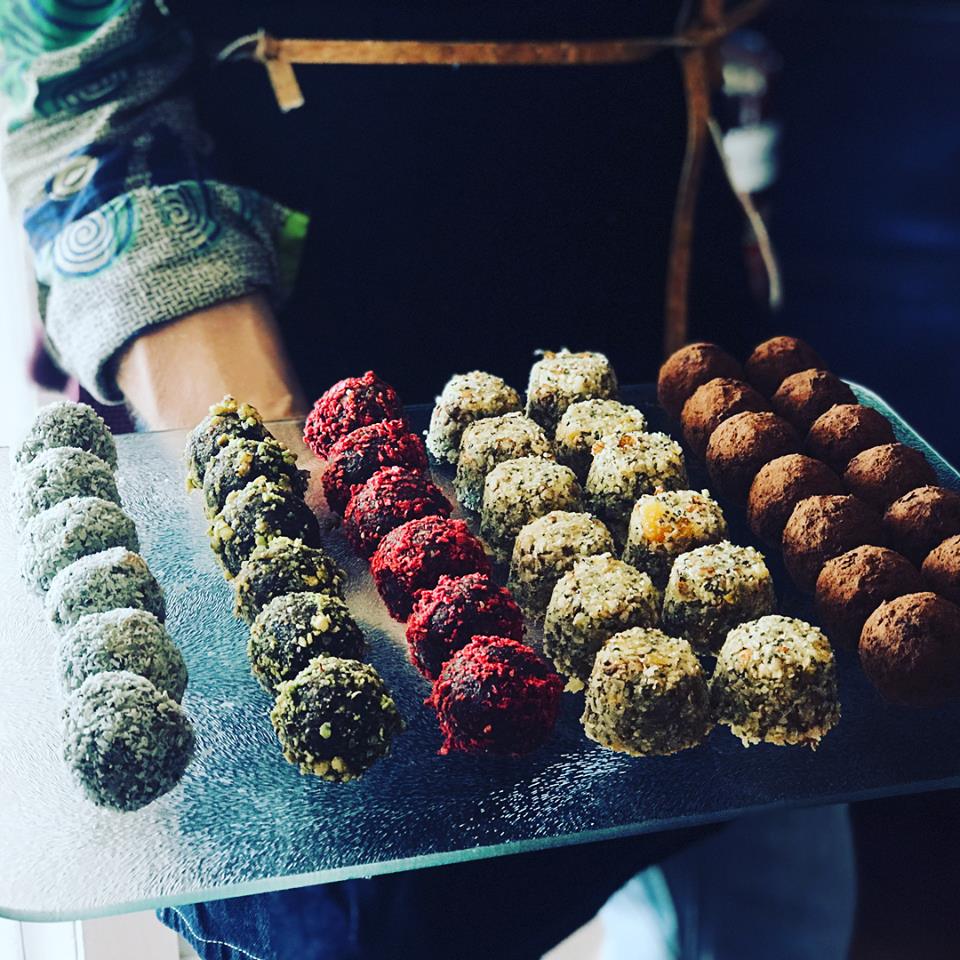 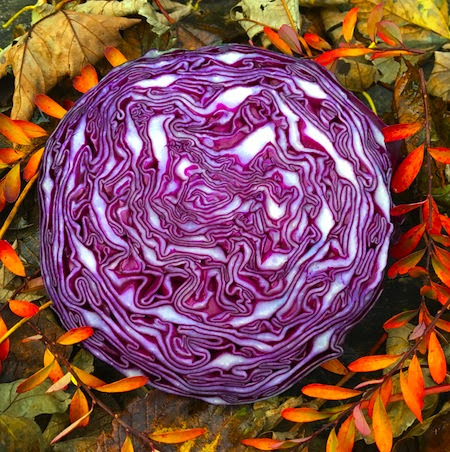